I originally intended to review this not long after it came out, but never got around to it. I have a habit of getting really into city-building games around this time of year, and then ignoring them for ages.

Anyway, not only have I gotten back into Cities, but plenty has changed about it since I took my original hoard of screenshots intended for this review.

My partner and I are currently building on the same city map on different bits. This time around, however, we are using mods. The mods are accepted by the developers of the game and they are freely available via the Steam workshop.

Also subscribed to are the following collections and assets:

Assets:
I have noticed recently that parks we made ourselves with the editor last year, have now vanished and there is just a gap in the terrain where they used to be. They were, however, still available when we first started playing Cities again this year, so it may be that a mod I downloaded has caused them to be unavailable for whatever reason.


I honestly think that having unlimited money, while obviously cheating, is the only way to make the game truly enjoyable. Citizens have a lot of demands, and I can't find a way to meet them without haemorrhaging money into bankruptcy.
Not having the Districts mod makes the game kind of unbearable. Municipal buildings - your police stations, fire brigade, hospitals and what have you - despite the way their coverage is displayed along the roads as you place the buildings down, just don't function properly on their own.

Instead of servicing buildings in a nearby radius, as you'd expect, vehicles will go out across the motorway to deal with something on the other side of the city, instead of, say, the building directly opposite them that is burning to the ground. It's annoying and means that the roads are clogged with a never-ending deluge of sirens.

The Districts mod means that municipal buildings, as they already should do, only service homes and buildings within the same drawn district on the map.

Something that sets Cities apart from SimCity is that you can draw and rename different areas - districts - as well as assigning different policies to them. You can assign allotted industries to the district, e.g. farming, forestry, ore mining etc etc. So when you zone an industrial area within that district, the industrial buildings will correspond to the assigned industry. House styles are not affected by industry styling, but you can set different themes for districts. I have Soviet and English home and commercial styles as well as the default European now available.

Policies I have set for the districts in my city are as follows:


But there are more to choose from.


Before I talk more about the general functions of the game, I'm going to share some screenshots from this year and last.

Shots taken this year so far: 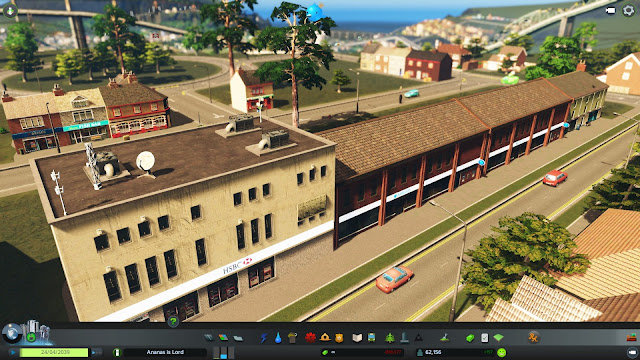 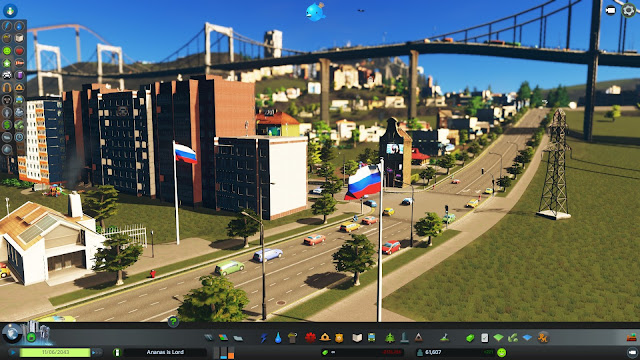 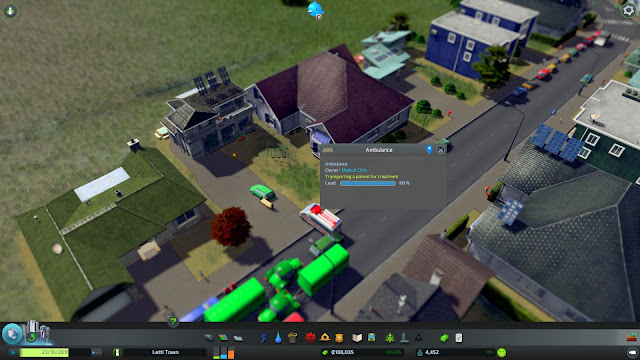 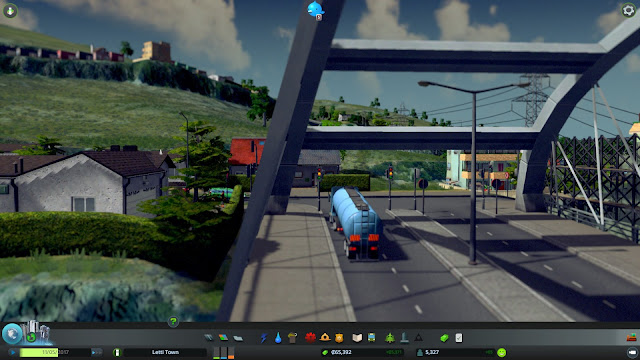 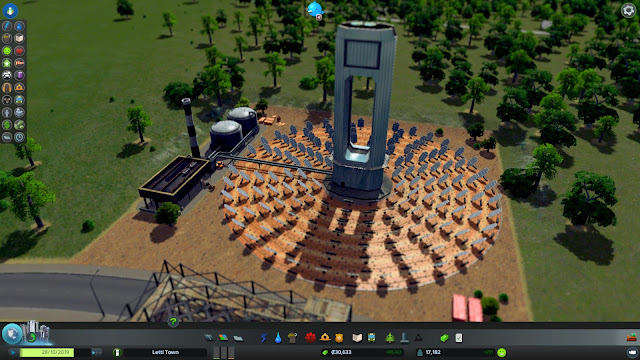 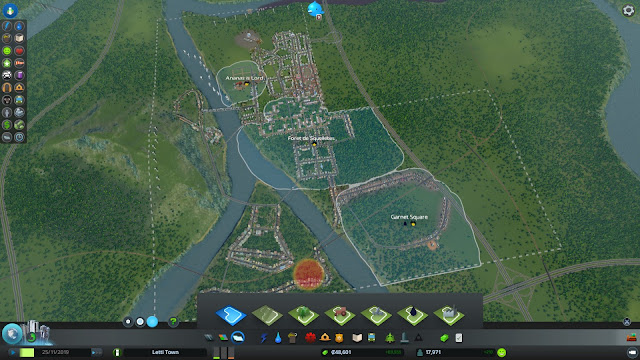 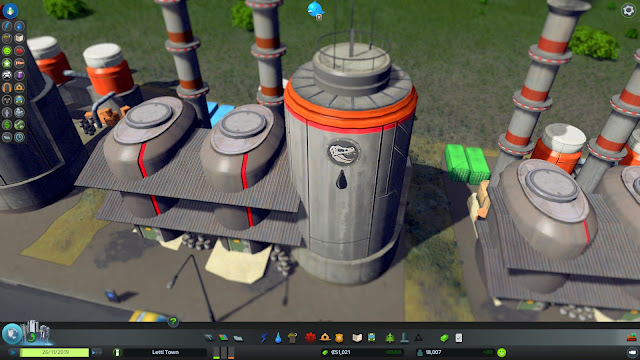 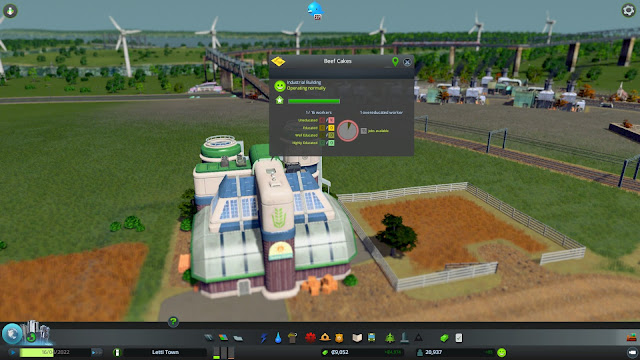 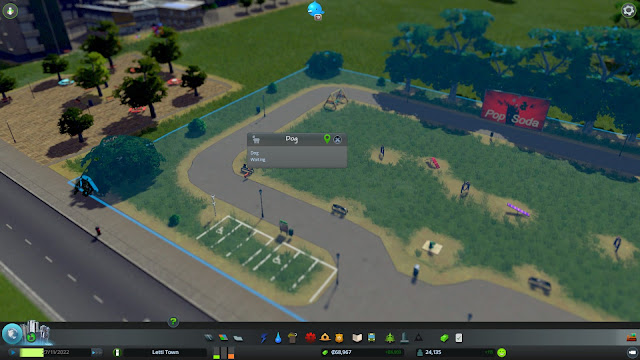 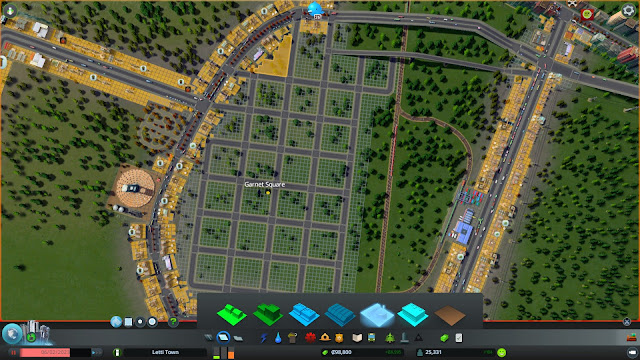 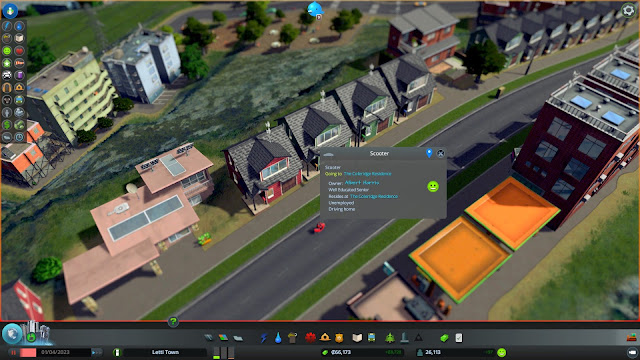 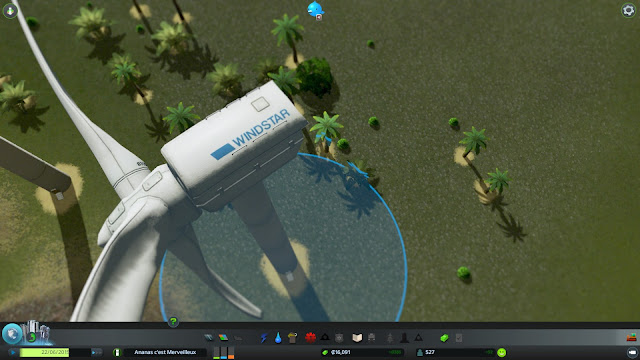 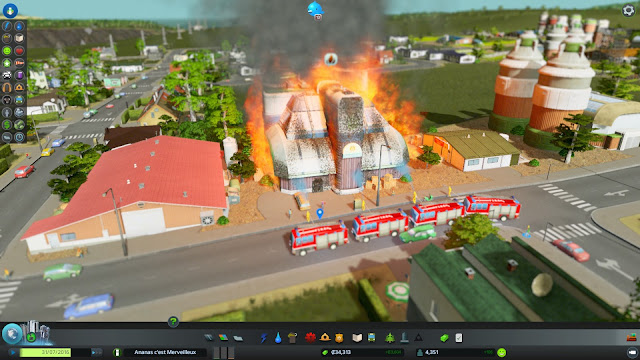 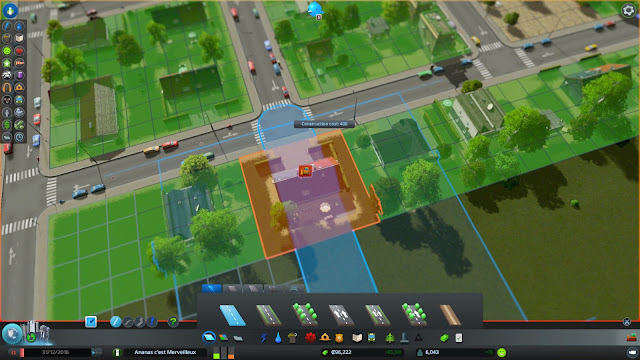 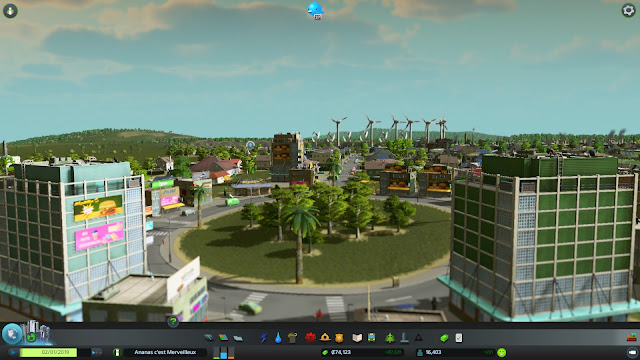 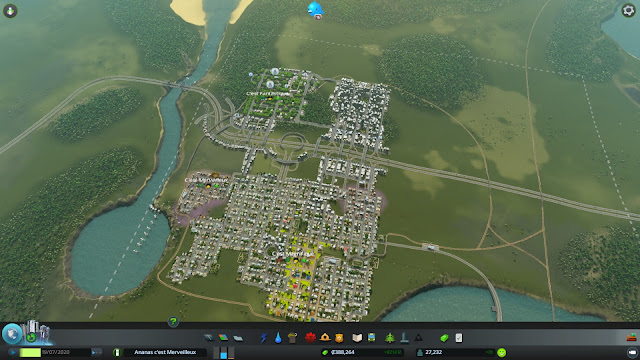 Something new to the game this year is the day-night cycle, which, pretty as it is, I currently have switched off because it's impossible to see what you're doing if you're trying to build things at night. There is a mod out there that lets you control the time of day/ angle of the sun, but I haven't found it yet.

There is also dynamic weather, which is pretty much just rain so far, although snow is available in a purchasable update.
Also in an update, along with leisure zones and nightlife, are street trams, which were my favourite thing about SimCity, but I don't have them yet.


So, for people who have no idea what I'm talking about, let's go over the bare bones of the game.

You choose a style of region to build on, and the side of the road you want the cars to drive on. You name your city and start building. If you aren't using mods, you'll have a limited amount of money to spend and not everything you need will be available to you yet.

You start by connecting an outside motorway to your land, and zoning areas to be residential, commercial, and then industrial (which later includes office buildings). Different densities of zones won't all be available at once. When an area is zoned, buildings will eventually appear, although if there is a problem with the land, e.g it's very bumpy, buildings might not generate there at all.

You have to address the needs of the people that start moving into your city, by supplying power, water and sewage disposal. Before long people will demand (and likely be in dire need of) police stations, fire stations, medical clinics, garbage dumps and cemeteries.

The different zones are interdependent, but also not very good at talking to each other. "Not enough buyers for products!" the industrial zones will yell at you, the mayor, while the commercial zones simultaneously lament "Not enough goods to sell!"

While not technically essential, you can make residents much happier by adding parks to the roadside, and if there are enough of them in a given area, land value increases and the buildings can upgrade.
Other things that come later include schools and public transport, for which you can map the individual routes (with the exception of boats and planes, which just vanish offscreen). Once you have a bustling city and have met the milestones, you can start plopping unique buildings until you qualify for the monuments, which themselves have varying benefits for your city. I'm working towards the space elevator.

I am currently experiencing some disappearing buildings; first my nuclear powerplant, and some individual universities. This is most likely caused by a mod, and isn't too problematic because I can usually just plop a building down again to remedy the situation.


If you can't see the appeal, maybe city-builders aren't for you. But although I can't quite put my finger on why, I really love this game.