My apologies for the length of time since the last review. As you may know, I am chronically ill and being able to concentrate for long enough to play a videogame is a rare occurrence these days. I do, however, have the new instalment of SimCity, and have been able to sit at my partner's computer and try it. 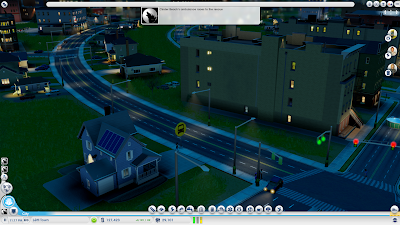 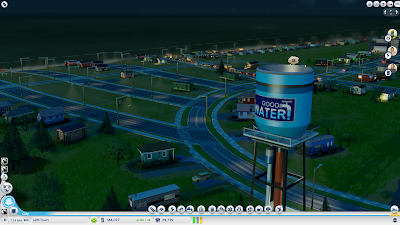 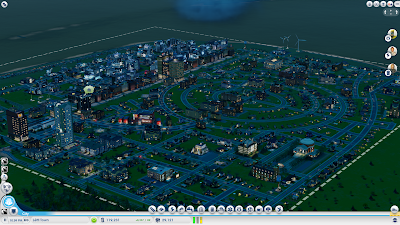 I probably don't need to delve into the server problems. They are pretty terrible. Requiring that the game be played online was a rather large mistake. Servers are, unsurprisingly, very oversubscribed. You can't connect to them for most of the day, which is rather inconvenient.

When you do manage to connect to a server and successfully load a city, though, there is not too much to complain about. Unlike in SimCity 4, you can't terraform or add wildlife. You can't create agricultural zones. The maps are a fixed size, and feel very constrained. There's also a hell of a lot of space in between cities, that you aren't allowed to do anything with. You can't control the density of zones, this is instead controlled by the capacity of the surrounding roads.

It's a very addictive game. Circular roads are fun to build and I like the streetcar avenues, although they are prohibitively expensive. 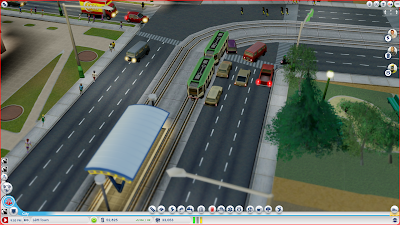 Having said that, though, it is a lot of fun. There will come a point when there isn't much more you can do with your city. It will be zoned to the very edges and, despite the increased needs in regards to power, water and sewage treatment, there will be no room to add anything else. The population will increase in density as the roads upgrade, and you will eventually hit a plateau wherein the money keeps going up, but there isn't much to spend it on. It can still be quite entertaining to manage things. 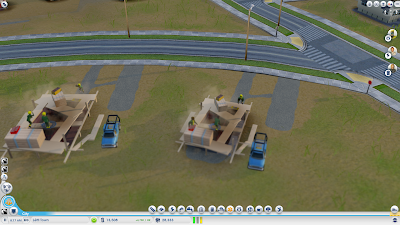 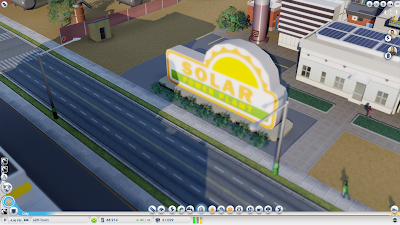 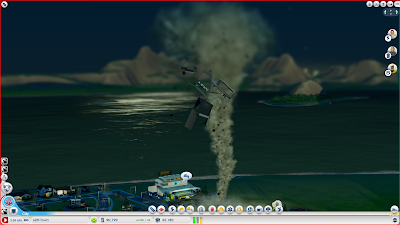 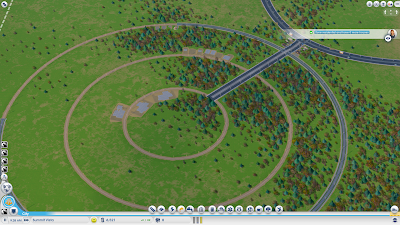 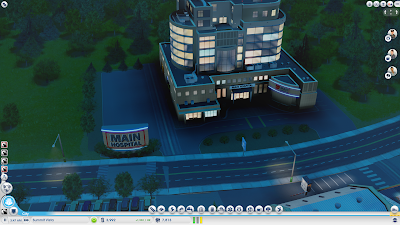 I wouldn't recommend the new SimCity if you don't have much patience. The game is certainly fun to play, but the release was vastly let down by the server errors, and the whole online-only set-up.

Email ThisBlogThis!Share to TwitterShare to FacebookShare to Pinterest
Categories: The Sims, Windows